“Please Hear What I’m Not Saying” 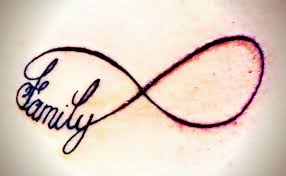 One of gifts of working with client families over many years is developing the ability to listen and understand what’s being said within, and among, the family in the places they feel stuck. However, I’ve come to believe what’s even more important – vital even – is to know how to ‘hear’ and comprehend what’s being said in the absence of words. Why? Because, in my experience, more is often said in silence than with words. And, if members of the family aren’t willing to pay attention to those unspoken words, or are unable to interpret them, it can put family relationships – and sometimes even their family businesses – at risk. This is usually a time when a family relationship advisor is invited to join family meetings in order to help them understand their unique dynamics, and the challenges therein.

There can be any number of reasons why silence tends to dominate when families gather to discuss challenging issues in their relationships, or in the family business. And when I refer to the word ‘silence’, it may imply just that: no sound whatsoever. However, silence can take other forms which can ironically include raised voices, shouting, crying, speaking in low voices, the slamming of doors (as people exit rooms in anger), and speaking to only certain members of the family while cutting others off. I refer to these louder activities as ‘silence’ mainly because often what’s being said during these chaotic occasions often detracts from a focus on the actual root of the issues that are presently causing fractures within the family system. Consequently, whether ‘silence’ shows up quietly or amid chaos where little is being said, at least coherently, not much is heard. Under these conditions, fear and other strong emotions tend to preclude any real understanding or garner much empathy among the individuals in the family.

Several years ago, I came across a poem written by a young Jesuit seminarian, Charles C. Finn, titled, “Please Hear What I’m Not Saying” (1966). To his utter surprise, when published, the poem had a profound impact on thousands of readers. This was also true for me, mainly because it reflected what I’d felt when I wasn’t able to share the thoughts and feelings I’d had during the earlier years of my life. At that time, I couldn’t say the words I needed to say, yet I longed for someone to somehow ‘hear’ them and, thus, help me connect to the larger conversation that was taking place at the time. Fortunately, someone did. But this poem, and my experience of finally being heard, became the foundation for the work I would Iater pursue as a family relationship advisor to those who invited me into their private lives. Over time, I came to understand that in order to become truly helpful to my clients, I needed to become a ‘canary in a coalmine’, where I could listen, hear, and ultimately recognize what is really going on for the family when sometimes words were sent forth in spitting anger and blame, but especially when words were absent.

The pieces that show up in the form of silence, or the lack of it, the willingness of individuals to share the struggles they experience as common members of a family, and a ‘canary-like’ intuition on my part, all work together in a kind of synchronicity that helps make sense of the deep complexity of unique family systems. So, in the end, the ultimate goal of my work as a family relationship advisor is to support and help family members learn how to listen, to hear, and to understand one another using the kind of language that will ‘grow’ both compassion and empathy on each of their parts such that they will be able to (re)solve any challenge they may face as individuals, or as a family, as they move forward into the future.